The City of Salem, Massachusetts, will rename Front Street to "Houdini Way" in honor of Houdini's jailbreak from the Front Street police station on April 16, 1906. Below is the motion from the Office of the City Clerk. 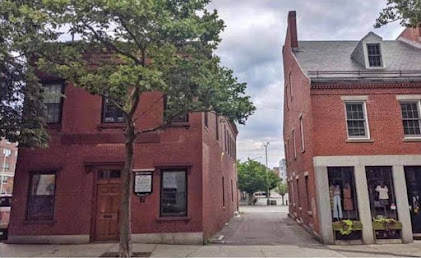 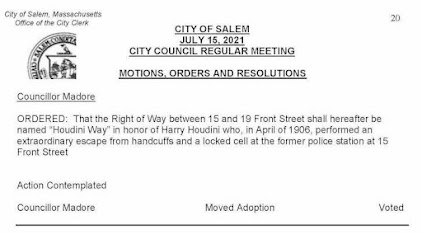 Houdini performed with his own vaudeville touring company in Salem from April 16-18, 1906. This was his only appearance in Salem (as far as I know). The building that stands at the site of Houdini's jail break is the original.
Thanks to Erik Bartlett at TheMagicDetective Group for the alert.