Houdini in a tight(s) spot

Here's another unpublished (reproduction) photo that I recently acquired. Here we see Houdini bound in a nice web of shackles. But what makes this image so unusual is that he's dressed in what appear to be tights. I've never seen any other image of Houdini in any sort of tights, nor have I ever heard of him wearing tights during any escape. Yet here's a pic of him doing just that! 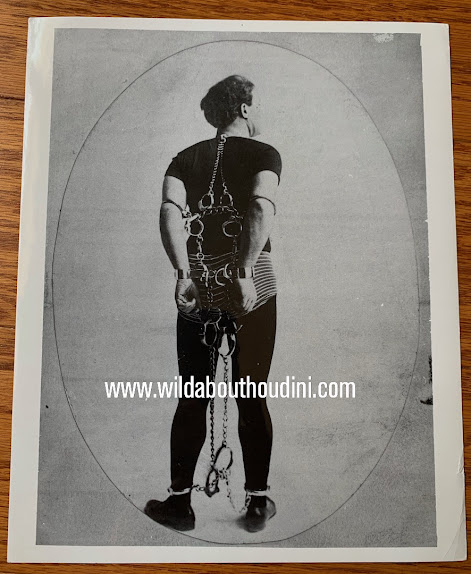 My only speculation is perhaps this photo is from one of his tours with the Corty-Althoff Circus in Germany where tights may have been the fashion? If so, this just illustrates once again how little we know about his performances in this part of the world. 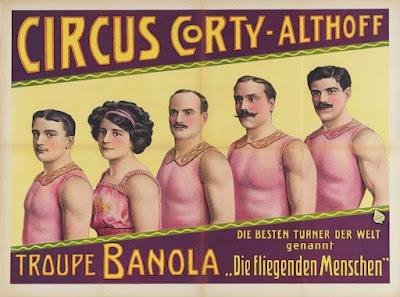 Houdini also appears older here, so this could be his 1913 tour with Corty-Althoff (his first engagement after his mother's death). But it's also untypical to see Houdini in a web of shackles so long after his "Handcuff King" days. So this photo is really a mystery on top of a mystery.