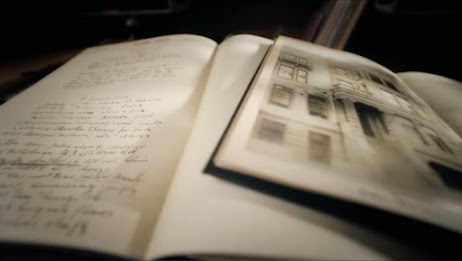 This Tuesday, September 28, a major new BBC produced Houdini documentary by award winning filmmaker Simon George will debut as part of History's Great Mysteries on the HISTORY channel. It's called Houdini's Lost Diaries. As the title implies, the filmmakers were granted unique access to the diaries still held and tightly controlled by the descendants of Houdini's lawyer Bernard Ernst.
I was involved with this as an occasional consultant and will be appearing onscreen along with heavyweights such as Mike Caveney and Patrick Culliton (yes, "Houdini's Ghost" appeared for this one!). I've not seen the finished film, but I did see various incarnations of the script. So I know they did mine gold from the diaries! While I interpreted some entries differently from the filmmakers, I'm optimistic they will temper the sensationalism that HISTORY requires (and their promo suggests) and we'll finally get a Houdini doc that breaks new ground and provides fresh insight. Guess we'll find out together!
Houdini's Lost Diaries airs this Tuesday on HISTORY. I believe it will stream free on the website for a week. You'll also be able to buy the episode via Amazon Prime.
Below is a behind the scenes photo courtesy of actor and magician Paul Zenon who participated in several of the reenactments. What the heck is going on here? It's all in the diaries! 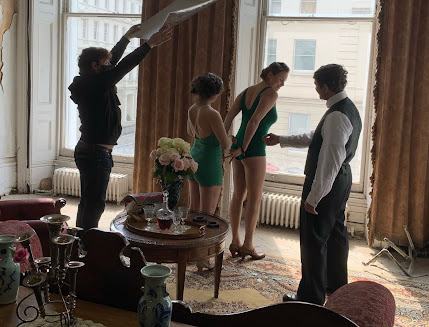 UPDATE: My review and where to watch: Opening up 'Houdini's Lost Diaries'.