Recently I spotted some more "Hidden Houdinis" on TV. I always snap a photo of these and enjoying sharing them.
This first one showed up in the documentary Val (Amazon Prime). This is actually a clip from the 1985 movie Real Genius. On the bedroom wall behind actor Gabriel Jarret you can spot the famous photo of Houdini in chains taken in Holland in 1903. 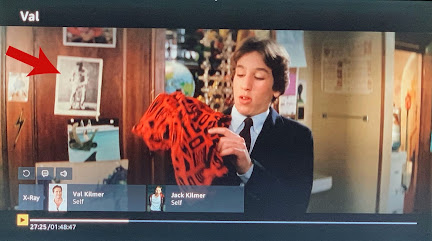 "Dinner Party" is one of the very best episodes of The Office (Peacock). I've seen it many times, but I only just now spotted Houdini's "Europe's Eclipsing Sensation" poster on a bench behind actress Beth Grant near the end. This appears to be part of an advertisement for the Houdini Museum in Scranton. Because the show is set in Scranton, Hidden Houdinis appear throughout the series. 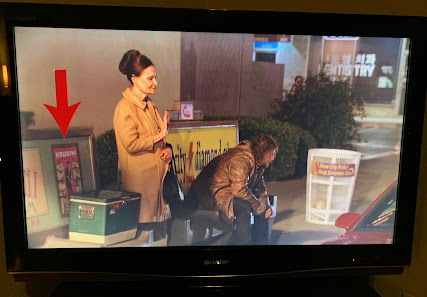 Spot any "Hidden Houdinis" recently? Let us know in the comments below.
Related:
Written by John Cox at 9:13 AM