Here's a nice bit of Houdini Hollywood trivia. If I am reading this item correctly from the September 6, 1919 issue of Motion Picture News, Houdini made a cameo in the 1919 movie The Lottery Man starring Wallace Reid. Or at least he was there on Hollywood Blvd the day of this shoot. Whether he is visible in the movie we may never know as The Lottery Man is now a lost film. 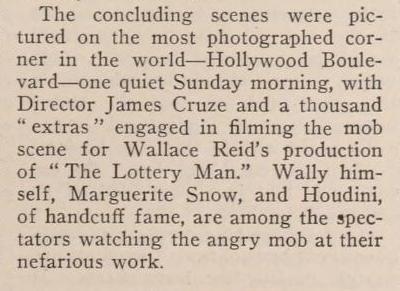 Why would Houdini do this? The Lottery Man was produced by Jesse L. Lasky who made Houdini's two Hollywood productions. This would have been around the time Houdini returned to Hollywood to begin work on his second feature, Terror Island, with Lottery Man director James Cruze. So it was all in the Famous Players family! 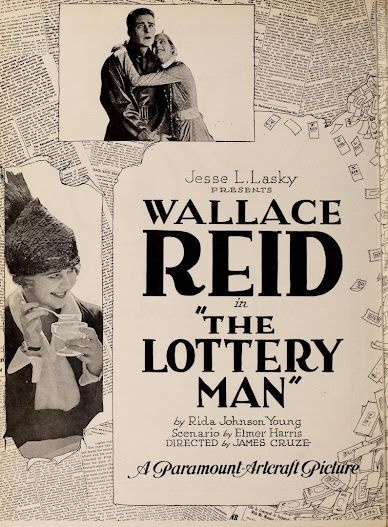 Check out the links below for more Houdini in Hollywood.
Related:
Written by John Cox at 8:55 AM