Steve Canyon was an adventure comic strip written and illustrated by Milton Caniff that ran from January 13, 1947 until June 4, 1988. Below is an installment from 1984 with a signed notation thanking the late great Houdini collector and historian Manny Weltman for his help with a reference to The Grim Game. 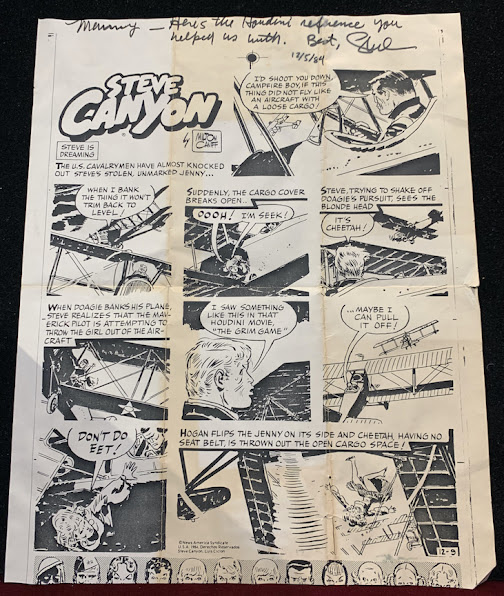 I don't think I need to explain that what Steve is recalling is the climatic airplane action from Houdini's 1919 film. You can read more about that via the links below. And watch for my own personal remembrance of Manny Weltman coming soon.
Thanks to Joe Fox.