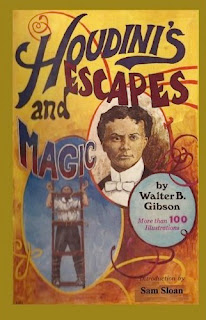 A new paperback edition of Walter B. Gibson's Houdini's Escapes and Magic

has been published by Ishi Press. The new paperback includes a forward by Sam Sloan and, going by the photo on Amazon (right), uses the cover art from the 1976 Funk & Wagnalls edition.