While it had been announced for June, Escape Artist: An Edna Ferber Mystery

by Ed Ifkovic is shipping early from Amazon.com

. The book finds Houdini teaming up with a nineteen-year-old Edna Ferber to solve a baffling murder in his old hometown of Appleton, Wisconsin. 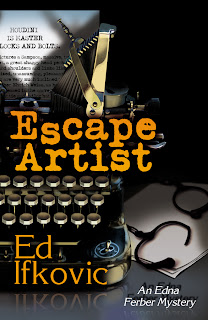