Houdini appears in the "rye-soaked neo-noir" debute novel by Fraser Nixon, The Man Who Killed 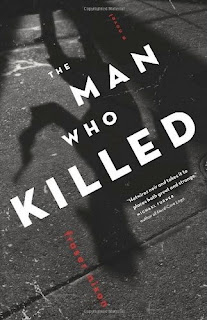 Montreal, 1926. Mick is down on his luck until an old pal offers him a loaded revolver and a job: riding shotgun in a truck running booze across the border. Stateside Prohibition has opened up a market for certain amusements, vicious or otherwise. Mick takes the job—and his problems begin.

Through his old friend Jack, Mick falls deeper into the life of the small-time tough. From whorehouse to gentlemen’s club, through back alleys and deluxe hotels, jazz joints, opium dens, baseball diamonds, cheap diners and anywhere trouble is to be found, Mick burns his way through the City of Two Solitudes. Other people are in town for their own reasons. Babe Ruth’s here; Harry Houdini, too.


Of course, it was during Houdini's 1926 engagement at the Princess Theater in Montreal that he sustained the blows to his stomach that led to his eventual death. According to a positive review of the book in the Vancouver Sun, real-life eye-witnesses to the incident Jacques Price and Sam Smilovitz play minor roles in the book, and the author offers up an alternate theory for what killed Houdini. The novel also draws a connection between Houdini and Prime Minister William Lyon Mackenzie King’s obsession with spiritualism.

The Man Who Killed appears to have been released in Canada last month. Despite showing a U.S. release date of April 30, Amazon

still shows the book as not yet available (but it's currently discounted 32%).