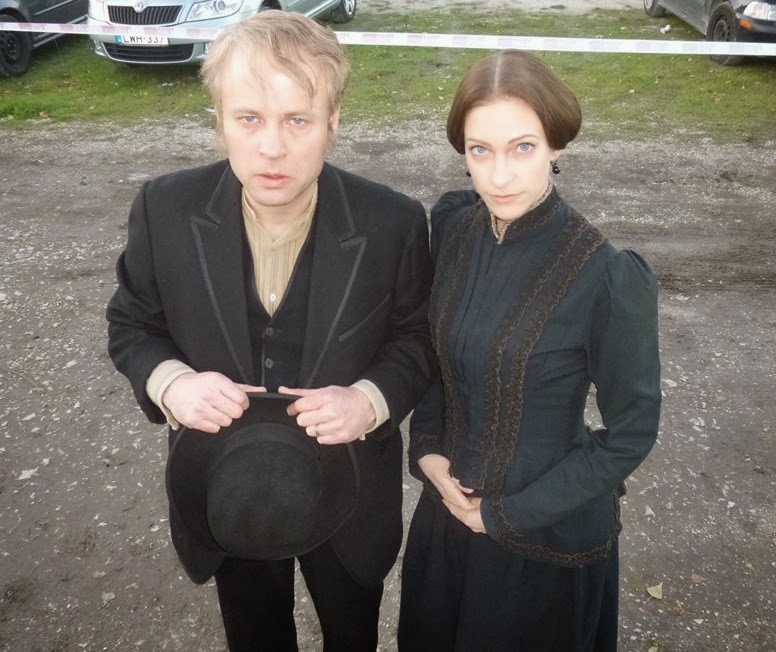 I have some cool Houdini miniseries cast and character news today; but if you don't want to learn any plot details, know that this could be considered a SPOILER.

Classically trained English actor Jason Cheater and actress Faye Bradbrook will play Mr. and Mrs. Robinson (name might change) in the first part of the two-part Houdini miniseries set to air on HISTORY starting September 1st. In the movie, the Robinsons encounter Houdini in Kansas while he and Bess are performing a spiritualist stage act early in their careers. During his act, Houdini attempts to contact the spirit of the Robinson's murdered daughter. After the show, Mr. Robinson berates Houdini backstage for his hurtful trickcanery. Harry and Bess give up spiritualism and return to what was then a far less lucrative career in magic.

Screenwriter Nicholas Meyer almost certainly based this on a real event. Harry and Bess did perform as spiritualists early in their careers. One day Houdini saw a mother scolding a young boy for riding his bicycle recklessly. Seeing the mother in the audience that night, Houdini improvised a message from the spirits that the young boy would have an accident on his bicycle and break his arm. The next day the hysterical mother appeared backstage and accused Houdini of black magic. Her son had indeed fallen off his bike and broken his arm.

Houdini cited this incident and an overall distaste for what they were doing as the reason they gave up their spiritualist act. Said the magician, "I was chagrined that I should ever have been guilty of such frivolity and for the first time realized that it bordered on crime." Houdini, of course, later became a famous anti-spiritualist crusader.

With thanks to Jason Cheater.
Written by John Cox at 8:17 AM