Here's an unpublished shot of Houdini filming street scenes with an unidentified cameraman. This was most likely taken in Europe during Houdini's return tour in 1920 when he was heavily involved in making movies. Footage he shot during this tour would untimely appear in his 1923 feature, Haldane of the Secret Service. 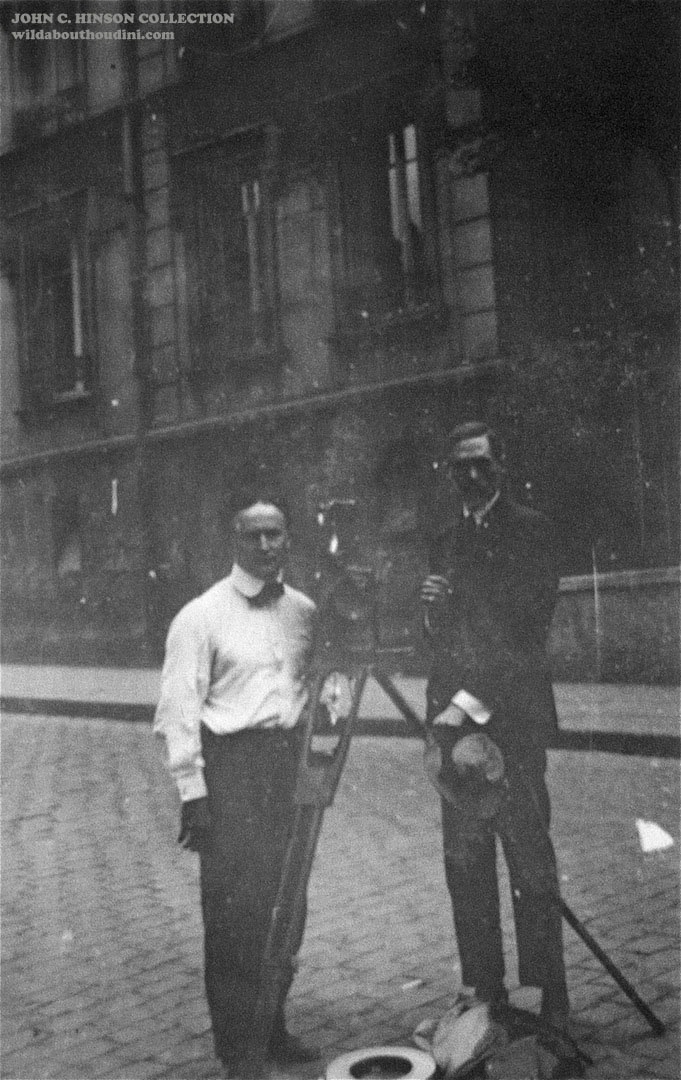 "I think the film profession is the greatest and that the moving picture is the most wonderful thing in the world."


This photo comes from the collection our good friend and benefactor, John C. Hinson, the great nephew of Harry and Bess Houdini. You can check out more unpublished photos from the Hinson family collection HERE.