Cover art and a plot synopsis for Simon Nicholson's second Young Houdini book, The Demon Curse, have been revealed on Amazon. The book will be released by Oxford University Press in the UK in February 2015. Here's a preview: 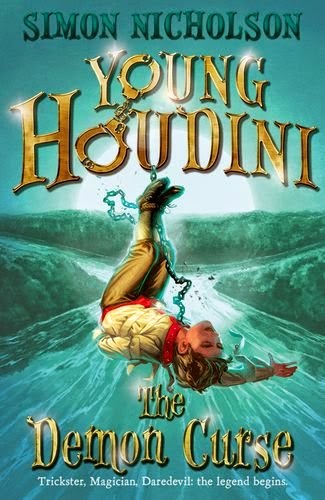 Young Houdini: The Demon Curse is the second book in the electrifying Young Houdini series. New Orleans, 1886. When the city's mayor is struck down by a terrifying, unexplained illness, whispers of voodoo and demonic magic are everywhere. Could it be that the mayor is the victim of a deadly curse? Harry is about to find out. Along with his best friends Billie and Artie he will travel to the deep, dark heart of the Mississippi river, using his extraordinary skills to investigate the mystery. But evil forces are at work and soon Harry will face his most lethal challenge yet ...can he unravel the truth before it's too late?


Simon Nicholson's first book, Young Houdini: The Magician's Fire, will be published by OUP in the UK in November (Amazon.co.uk) and by Sourcebooks in the U.S. on October 7, 2014 (Amazon.com). The series is aimed at readers 9-12.

It's interesting to note that the publisher's website says film rights are "already sold."