Harry Houdini For Kids! by Ian D. Fraser is a new 59-page mini-biography tailored to readers 5 - 12. It is part of the "Biography for Kids" series and was released as a Kindle eBook on June 22. Here's the description on Amazon: 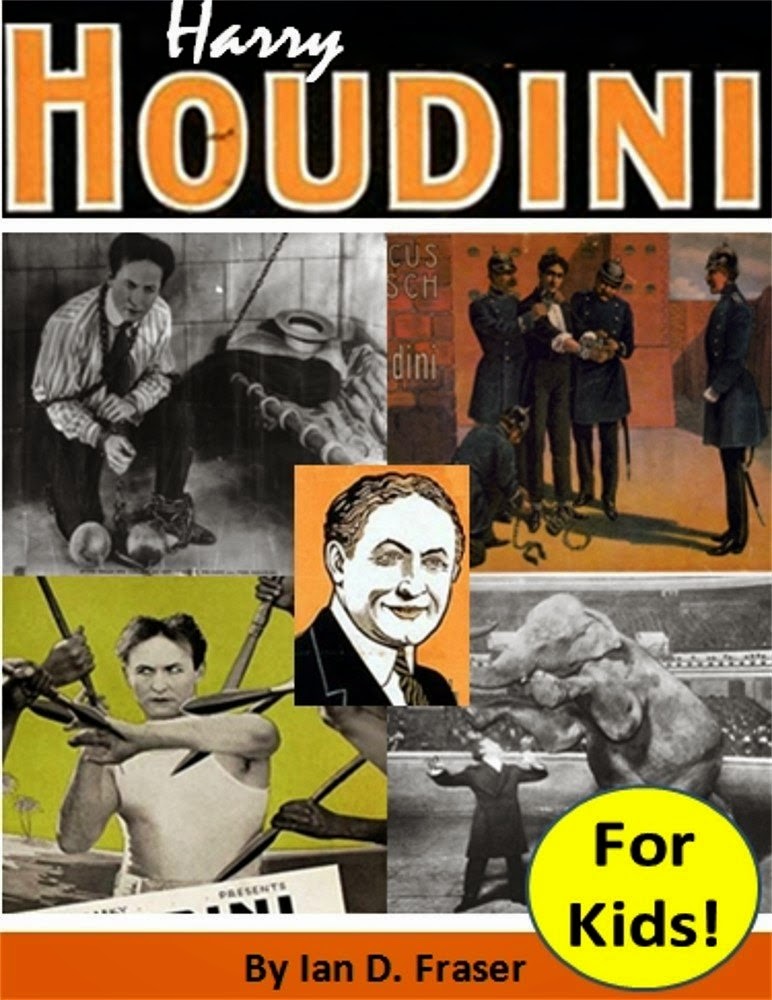 * Why Harry Houdini was so famous.
* What inspired Harry to become a professional magician when he was only 9 years old.
* How Harry learned to escape from any lock in the world.
* How Harry became one of the most famous persons in the world.
* Why the Milk Can Escape became so popular...even though it was probably the easiest of all Harry's escape.
* What Harry did when four English sailors pointed a loaded cannon right at him.
* How Harry amazed audiences by walking right through a brick wall.
* How Harry escaped from a straightjacket...while hanging upside down hundreds of feet in the air.

So start reading and discover the incredible story of how Harry Houdini rose from humble beginnings to become one of the most famous magicians in history.


Purchase Houdini For Kids! by Ian D. Fraser at Amazon.com.
Written by John Cox at 9:20 AM