A scene from Ray Stark's 'Houdini'

Until the Houdini miniseries aired earlier this year, no Houdini biopic had ever acknowledged his movie career. But that would have been different had the big-budget Ray Stark Houdini movie been made in 1998 as planned. That film, which may have starred Tom Cruise, featured a scene set at Niagara Falls during the making of Houdini's The Man From Beyond. Here is that scene from the original screenplay by Stephen J. Rivele and Christopher Wilkinson. 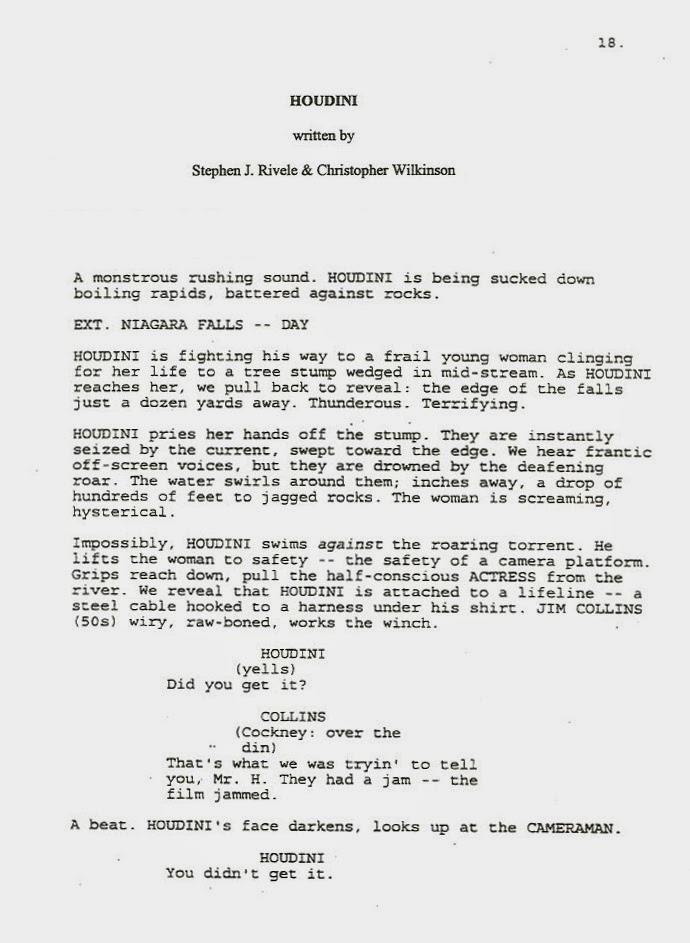 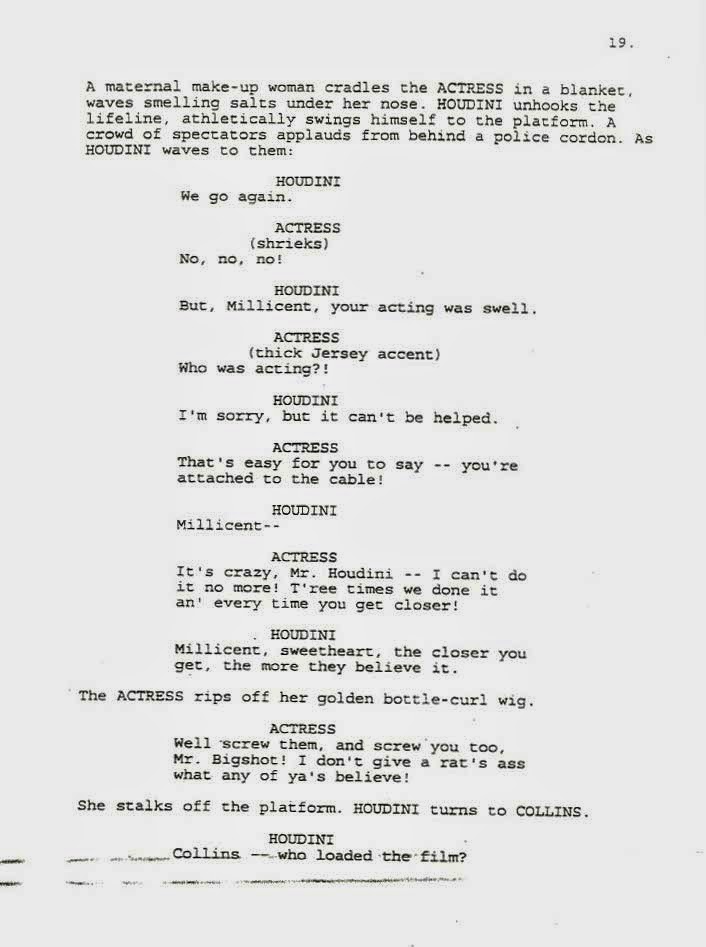 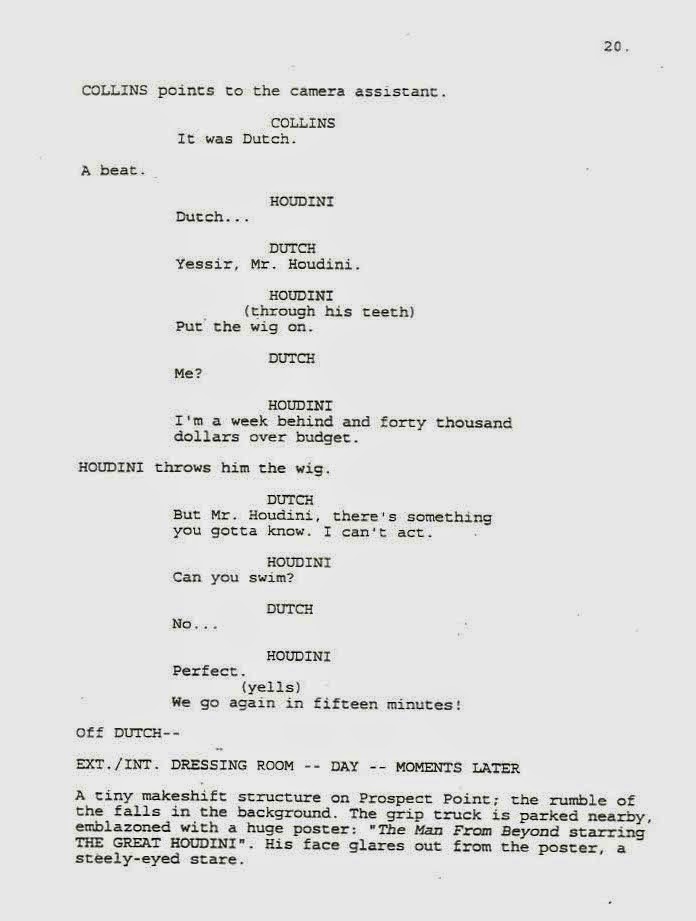 In real life, Houdini's leading lady was Jane Connelly, who gamely did all the Niagara stunts required of her. It is true that Houdini employed a safety line during shooting. Dummies were also used in some shots, and even sent over the falls in a canoe.

You can read more details about Houdini's Niagara Falls shoot and Ray Stark's unmade Houdini movie via the links below.