I'm excited to be giving my "Houdini in Hollywood" talk at the world famous Magic Castle on January 6, 2015 at 8pm. This will be a somewhat expanded version of the talk I gave at Hollywood Heritage in October with some new photos and film clips. The perk got a nice ad and mention in the AMA's December newsletter (below). 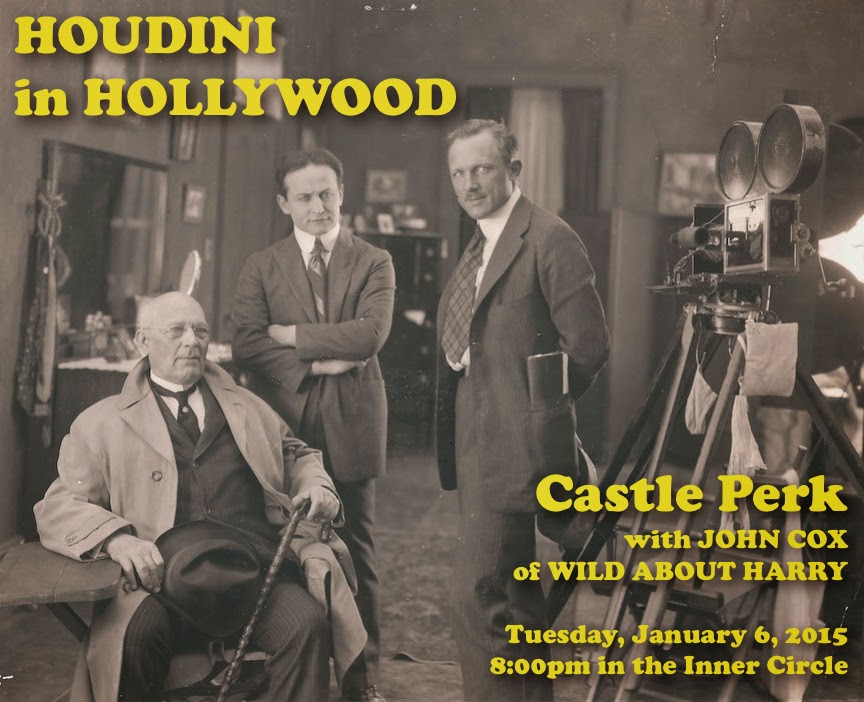 This "Castle Perk" is open to all AMA members (Magician and Associate) and should be good fun. What better way to kick off 2015 than by spending an evening with Houdini in Hollywood...in Hollywood!

Thanks to Arthur Moses for the use of this great image of Houdini, Harry Kellar, and director Irvin Williat on the set of The Grim Game.