The Houdini miniseries continues to collect honors. Today it was announced that star Adrien Brody has been nominated by the Screen Actors Guild for "Best Actor, TV Movie or Miniseries."

Brody posted his thanks and appreciation on Instagram along with a great mock-up Houdini poster. 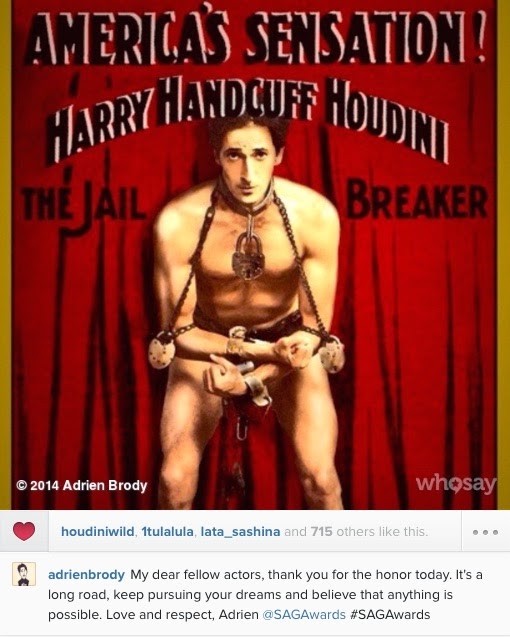 HISTORY has tweeted their congratulations to Brody with this image:

Winners will be announced on January 25, 2015 at a ceremony in Los Angeles.