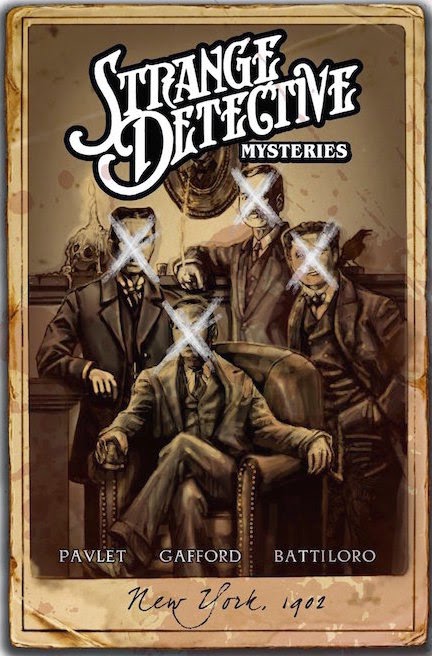 Strange Detective Mysteries is a science-fiction fantasy where several of the leading creative minds of the early 1900s are brought together to look into the death of Edgar Allen Poe and discover a conspiracy that threatens to destroy all time and reality in this techno science fiction thriller. The saga begins with famed Western lawman Bat Masterson summoned to a mysterious meeting in 1902 New York City. Upon arriving, he finds several others have been summoned. These men are some of the most brilliant minds of the new century; H. G. Wells, Arthur Conan Doyle, Harry Houdini and Nikola Tesla. When they are finally greeted by their aged host, Robert Tyler, they find that this rich patron has brought them together to solve the mystery of the murder of America’s foremost literary genius, Edgar Allan Poe.

Thanks to Arthur Moses for the tip.
Written by John Cox at 3:28 PM