A fragment of paper said to show Houdini's signature and a sketch for an unknown escape sold on eBay yesterday for $121. The story behind it is as curious as the fragment itself. 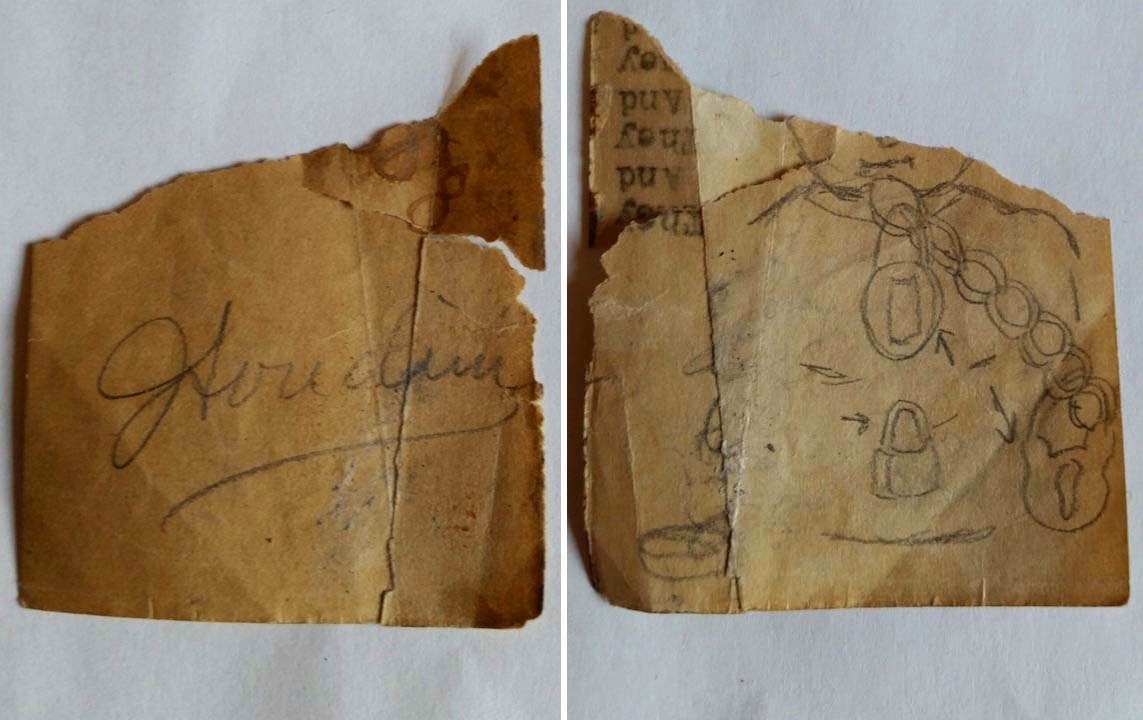 Pictured above is Harry Houdini's autograph and rough sketch of locks he used in his act as a master escape artist. The paper, autograph, and drawing is done in pencil and is in very rough condition. All is original work of Harry Houdini..nothing has been reproduced.

In 1923 Houdini was in Chicago. My great-grandfather was a plumber, mover and lock smith at the time. Houdini came to my great-father because he needed keys made. He drew my grandfather a rough sketch of types of locks he would be using in his next act so he had an idea of what Houdini needed. Its a very cool piece of Houdini memorabilia that my great-grandfather cherished for many years. He kept this corner piece between pages in a book for many years. It was exposed to the elements, grandchildren, and time. So it is also yellowed and faded too. It is time to pass it along to another Houdini fan who will cherish it for years... As did my great-grandfather.


Not sure what to make of this. The signature is questionable and the sketch is suspiciously like this famous shot. But it's acceptable if we believe the provenance. Koval's Illustrated Houdini Research Diary for 1923 shows Houdini in Chicago January 8-13 (Palace Theater) and May 14-19 (State-Lake Theater). I'm wondering what Houdini could have been doing in 1923 that involved locks and chains?
Written by John Cox at 11:23 AM