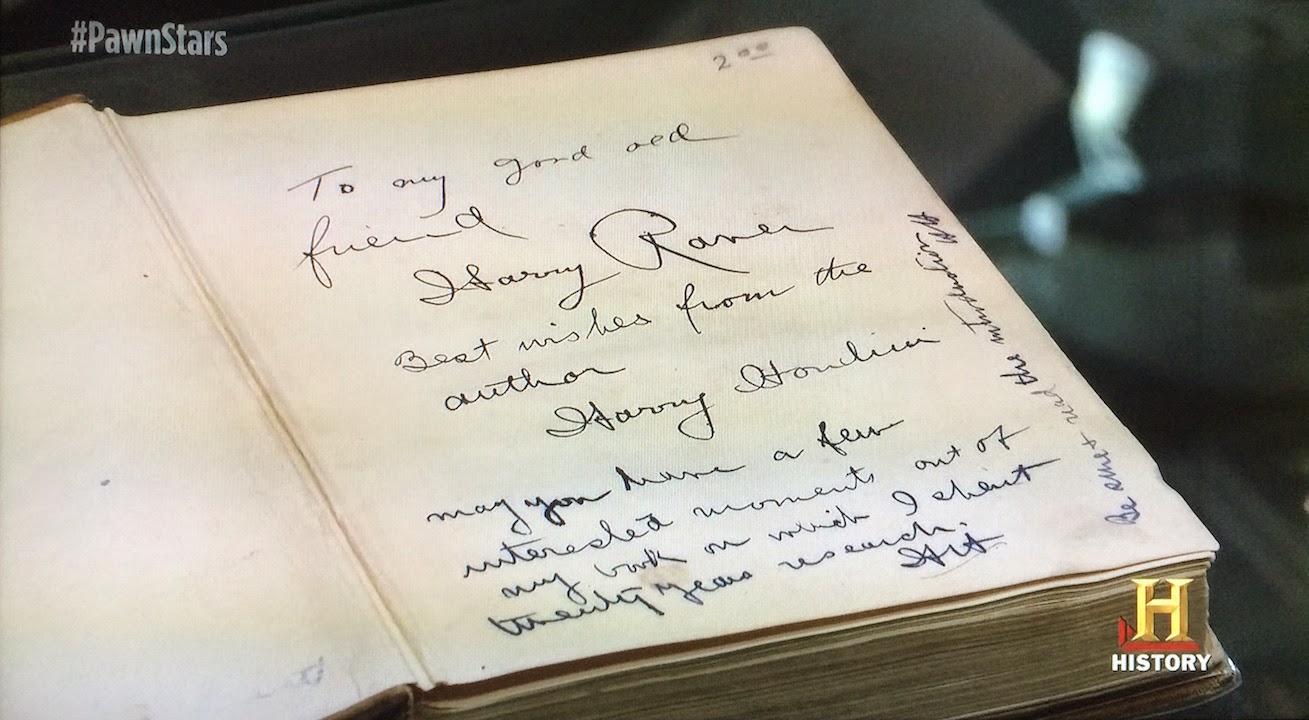 An inscribed copy of Houdini's 1908 book The Unmasking of Robert-Houdin made an appearance on Pawn Stars tonight. The book was brought into the store by owner "Kevin" who wanted $5000. After Steve Grad, Principle Authenticator for PSA/DNA, authenticated the signature and estimated the value at $2400, Rick offered the owner $1500. The two men could not make a deal.

The episode was a nice showcase for Houdini. It even featured a Houdini quiz at one of the commercial breaks. 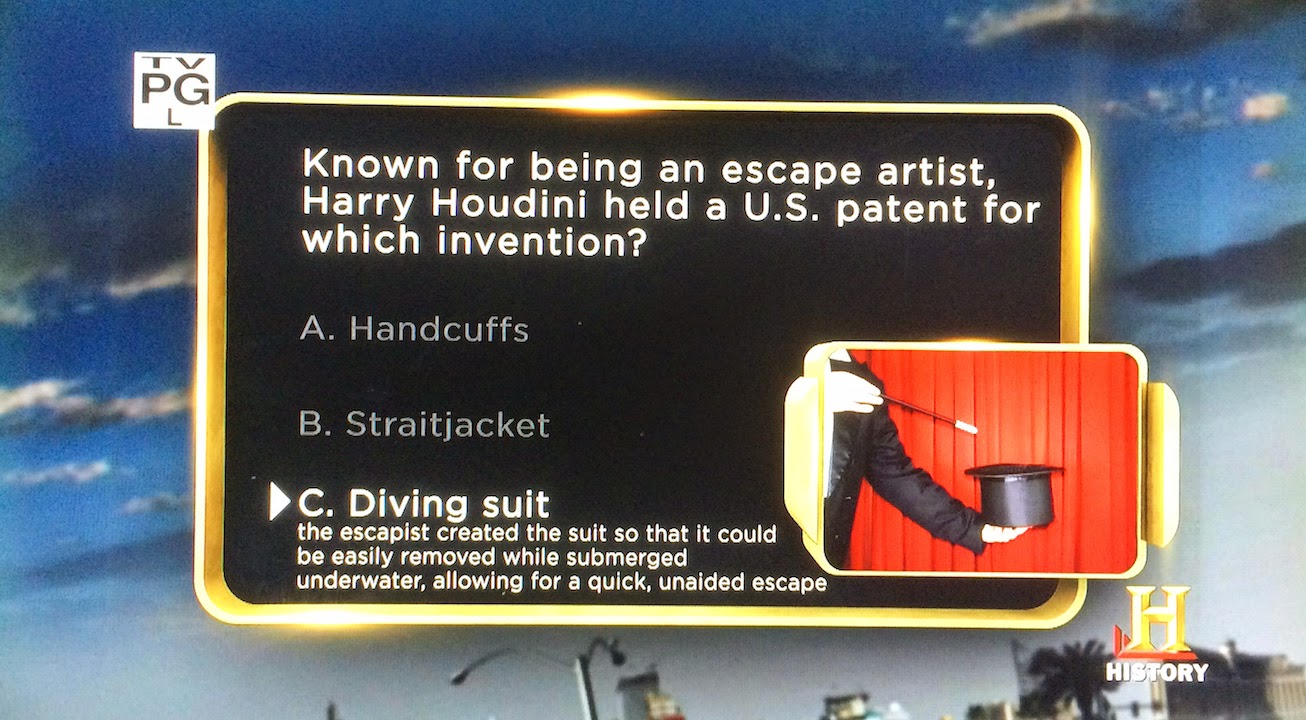 This marks Houdini's third appearance on Pawn Stars. Previous items that found their way into the Las Vegas based store were a pair of Houdini handcuffs and a straitjacket.