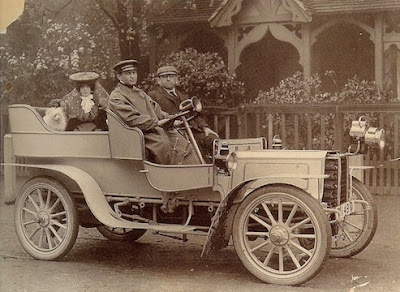 This morning I'm gassing up the Humber and heading to Las Vegas, where I've very excited to see David Copperfield's show at the MGM Grand and get my first look at his legendary International Museum and Library of the Conjuring Arts. David's museum is currently undergoing a massive expansion, so I will getting preview of what's to come. Including, presumably, an expanded Houdini section, which we now know will include a few pieces of furniture.

I'll also be dropping in at the original Houdini's Magic Shop in New York, New York, a museum in itself, and whatever else I can fit into this quick trip. A stop off in Needles maybe?

Anyway, I'm excited to share all that I can when I return. I'll be tweeting some photos and whatnot @HoudiniWild.

The original photo above is in the Jim Rawlins collection.

UPDATE: Into The Copperfield Zone Part I | Part II