Recently I was excited to add this first edition to my shelf of Houdini movie-releated books. But how exactly is this a Houdini collectible? 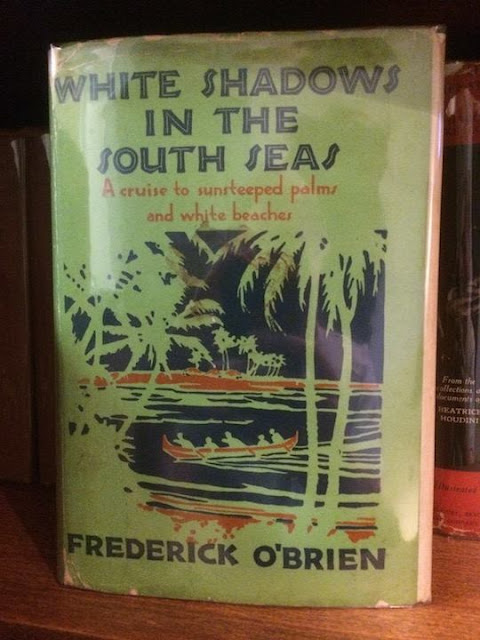 White Shadows in the South Seas was released in 1919 and provided much of the background inspiration for Houdini's Terror Island, including the cannibal village and the gibbet device from which Houdini escapes (a real thing). The book is even quoted on-screen in the movie itself (below). I've also wondered if the green tint to the Terror Island lobby cards were meant to evoke the cover of this popular book. 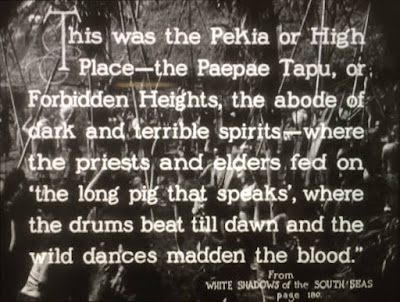 The curator of the Catalina Island Museum, Julie Perlin Lee, is the one who pointed out the full significance of this book to me. Julie is putting together an exhibition called Houdini: Terror on the Magic Isle, set to run May 5 to October 7, 2018. A special screening of Terror Island will be held on May 19. Visit the museum website for more details. 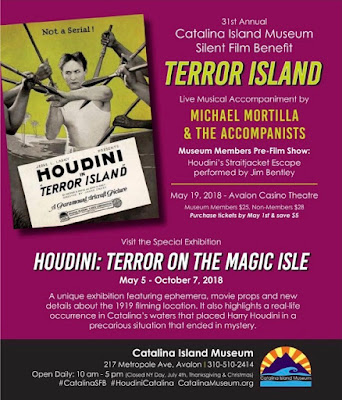