President Harding was wild about Harry 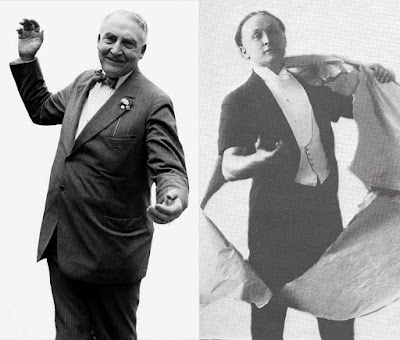 Houdini's encounters with Presidents Theodore Roosevelt and Woodrow Wilson are well recorded, but for some reason Houdini's meeting with President Warren G. Harding gets sidelined. This is a shame because it's the only meeting that actually took place inside the White House. Harry and Bess met Harding on January 11, 1922, as can be read in this article from The Baltimore Sun. 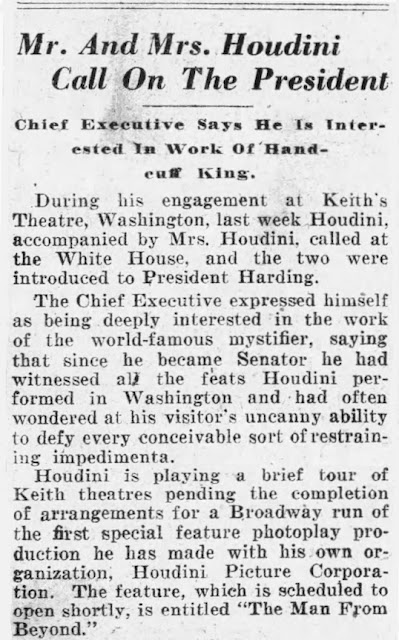 It certainly sounds like Harding (Hardeen?) was a genuine Houdini fan. And the feeling seems to have been mutual. The only vote Houdini is ever said to have cast was for Harding in the 1920 presidential election.

The day after this meeting, Houdini performed a suspended straitjacket escape from the Riggs Building at 15th and G Streets in Washington D.C. One expects super-fan Harding didn't miss that performance either.

Email ThisBlogThis!Share to TwitterShare to FacebookShare to Pinterest
Tags: [History], 1922, Politics, Presidents, The Man From Beyond (1922), Washington D.C.