Houdini and the Omro possession 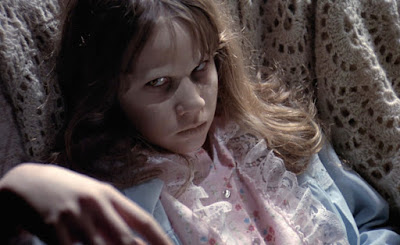 In March 1926 newspapers reported that an 11-year-old girl name Marie Maybourne from Omro, Wisconsin, appeared to be possessed. In what sounds weirdly similar to the events of The Exorcist (which itself was inspired by a 1949 case), furniture was said to move on its own and voices were heard emanating from the walls. Omro's marshal, James Stead, was unable to explain the strange happenings. A local priest, Rev. William Grace, claimed he heard more than one voice when Marie spoke and sang. On March 29 The Brainerd Daily Dispatch reported:

Houdini, renowned as a ghost chaser, has been asked to come here to look expertly into the mystery and detect, if possible, any hoax.


Houdini was performing his "3 Shows in One" at the Princess Theater in Chicago at this time and had his own spirits to deal with on stage. But he did offer his assessment of the case to reporters. The following appeared in the Kenosha Evening News on April 2, 1926:

Houdini never came to Omro, and a general skepticism seemed to settle over the affair, with Marshall Stead telling the United Press, "These people are carrying this thing too far." After a while the case vanished from the papers and no more was heard about the Omro possession.