A remarkable set of original Houdini glass negatives sold on eBay yesterday. They show Houdini being bound to a chair by young girls ($781.00); Houdini and trumpet medium Annie Benninghofen ($1,150.00); and two photos of Houdini at the South Clark Street courthouse in Chicago ($402.00 and $159.50). The look on Houdini's face in the last photo is priceless! All the images are from 1926 and taken by noted photojournalist Henry Schaefer of Acme Newspictures for the Chicago Herald-Examiner. But there was actually a fifth negative that the seller had mistakenly identified as being Annie Benninghofen. Nope, that's Houdini! The auction was at only $2 with ten seconds to go and I was hoping to get a bargin. But in the last seconds it shot up to $187.50, so it appears not everyone was fooled. 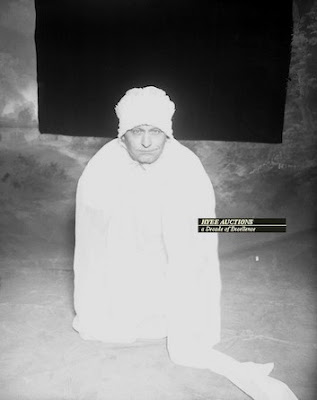 Don't believe this is Houdini? Check out the below from The Tao of Houdini by Patrick Culliton. This appeared in the Chicago Herald-Examiner. 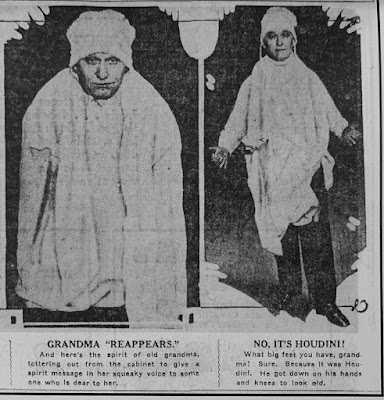