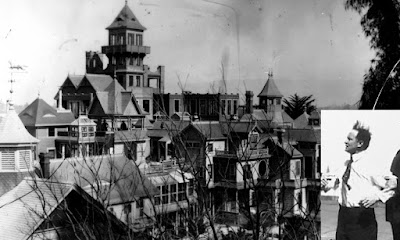 I'm always on the lookout for any mention of Houdini's visit to the famous Winchester Mystery House in San Jose, CA. This is mainly because no one, not even the museum itself, has ever been able to nail down the exact date of his visit. For me, this has been the true mystery of the Mystery House.

But now a voice from beyond might have provided the answer. Recently I stumbled on this August 14, 1988 obituary for Fred P. Faltersack, who worked as a tour guide at the house and claimed he was the man who brought Houdini there. While he doesn't provide a date, he does feed us fresh clues.


Houdini visited the house during his nationwide spiritualism lecture tour in 1924. We know this because Houdini spoke of his visit during a lecture in Oregon on November 3, stating it was "last week" and that it was a midnight visit. (This newspaper that makes mention of this is on display at the Winchester Mystery House.)

I recently found evidence that Houdini gave a lecture in San Jose on October 29th. This is where Mr. Faltersack would have seen him. The "tricks" he assisted with would have likely been to play the part of the sitter in a seance as Houdini performed manifestations visible only to the audience. This was a highlight of the lecture. (The obit says Mr. Faltersack related this "in a 1982 interview". That interview I've not been able to find.)

So I'm now thinking it's likely Houdini and Mr. Faltersack (and Bess?) toured the house after the lecture on the night of the 29th -- the aforementioned "midnight visit". In fact, that's really the only time that fits as Houdini's lecture dates where tightly packed. He had spoken in Los Angeles on October 28th and would be in San Francisco on October 30th. So everything about the 29th works! Nevertheless, the search continues for firm confirmation. 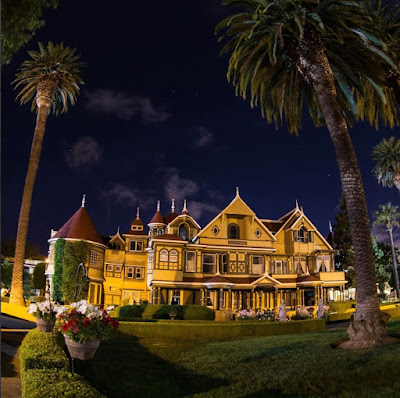 UPDATE: The April 1938 Genii magazine has a nice article about the Winchester House that ends with the following paragraph. This corroborates the midnight visit. It also states that Houdini was the guest of "2 local magicians". We can assume Fred was one. But who was the other? 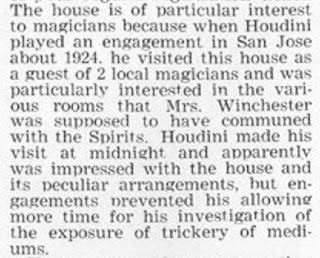