The Flint Institute of Arts will host a free online Houdini lecture by Dr. Taylor Hagood this Wednesday, January 13 at 6:00 PM EST. Below are details. 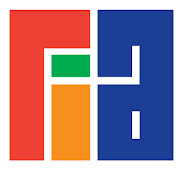 The immigrant son of a Hungarian rabbi, Harry Houdini remains the most famous magician and greatest escape artist the world has known. From his fabulous escapes to his mysterious death, Houdini's life is itself a kind of grand magic illusion filled with a multitude of secrets and still-unsolved mysteries. In this live online lecture, Professor Taylor Hagood unravels the twists and turns of Houdini’s career, reflects on Houdini’s place in American entertainment history, and explores the role of magic as Houdini promoted it in everyday life. Hagood will also discuss magic in Michigan, the site of Houdini’s death but also home to one of the greatest magicians to follow in Houdini’s footsteps and one of the top magic manufacturers in the world.

Dr. Taylor Hagood is Professor of American Literature at Florida Atlantic University. He is one of the world’s leading scholars on the writing of William Faulkner. In addition to his scholarship on Faulkner, he has published books and articles on African American women playwrights, Walt Whitman, and various topics in southern United States literature and culture. The child of a magician, Hagood is both a practitioner and historian of magic.
To view the lecture or participate in the live Q & A with Dr. Hagood via Zoom, click here to register. To watch live via YouTube, click here.