Where did Houdini have his first breakout success? The Orpheum in San Fransisco? The Alhambra in London? Well, if you asked Houdini himself, the answer would be the Creighton-Orpheum in Omaha, Nebraska. 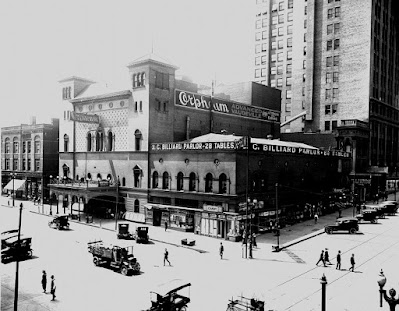 Recently newspapers.com uploaded the archive of the Omaha World Herald and I was able to find some nice information about Houdini's appearances in that city in 1899, 1900, 1915 and 1923. Chief among these is this article from September 12, 1915 in which Houdini remembers his big Omaha break.
This isn't really new information. We know from Martin Beck's famous telegram that he tried Houdini out in Omaha before sending him on to San Fransisco in 1899. But it's nice to hear Houdini talk about it himself and that he remembers it so fondly. I've also not heard the story of the borrowed suit before.
Here's something else interesting from this 1915 appearance. This is from his last day in town:
I wonder what this "special program" was? Unfortunately, I wasn't able to find any newspaper account of this Saturday show, so there's an Omaha story yet to be told.
The Creighton-Orpheum was located at 15th and Harney Street. The theater was demolished in 1926 and a new Orpheum was built on the site which still stands today.
Want more? You can view and download all my Omaha World Herald clippings, which includes nice coverage of Houdini's 1923 suspended straitjacket escape, as a Scholar member of my Patreon. 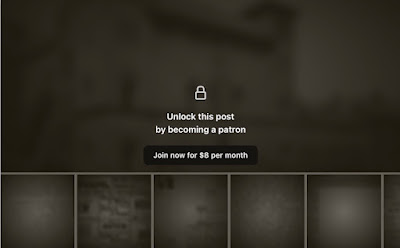