The Seance released in paperback 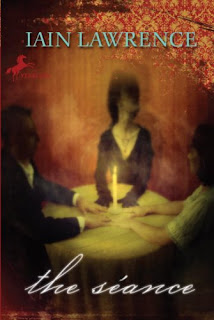 This one slipped past me, but a paperback edition of The Seance by Iain Lawrence was released in December of last year. You wouldn’t know it from the cover art, but the book is aimed at readers 9-12.

The Seance finds Scooter King -- a thirteen-year-old Houdini fan and son of a medium -- caught up in the investigation of a comedian found dead in Houdini's water tank. As Scooter sets out to unmask the killer, the mysterious worlds of mediums, séances, and magic are revealed. But if Scooter can’t sort out the clues, he may end up as the next dead body.


The Seance is also available as an audiobook and for the Kindle. All formats can be purchased on Amazon.com.
Written by John Cox at 6:42 PM