The Man From Beyond in Appleton 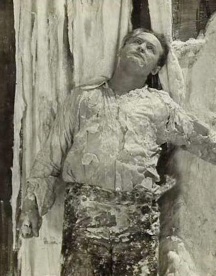 The History Museum in Houdini’s hometown of Appleton, Wisconsin will be screening The Man From Beyond this Thursday, March 11, as part of their “Thursday Night Movies at the Castle.”

Released in 1922, The Man From Beyond was Houdini’s first film for his new “Houdini Picture Corporation.” The film finds Houdini as seaman Howard Hillary resurrected after being frozen is an Arctic shipwreck for 100 years. Howard returns to the modern world to find a woman he believes to be the reincarnation of his beloved fiancee in danger.

The series concludes on March 25th with Haldane of the Secret Service. All showings start at 5:30pm and are free.
Written by John Cox at 12:59 PM

Email ThisBlogThis!Share to TwitterShare to FacebookShare to Pinterest
Tags: Appleton, Events, Movies, Museums, Screenings, The Man From Beyond (1922)