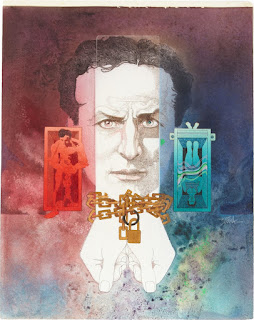 I have a great sentimental attachment to this image as it was one of the first I ever saw of Houdini. As far as I know, the poster was commissioned as a promotional item for the Warren Paper Company in the 1970s. Back in the day, I recall seeing it for sale in various magic shops and novelty gift stores like Spencers.

Bob Peak illustrated many famous movie posters in his distinctive style, including My Fair Lady, Superman, Star Trek The Motion Picture, and The Spy Who Loved Me. A recent exhibition of his work appeared in Los Angeles.

I’ll leave it to someone else to own this original piece of Peak/Houdini history while my trusty copy (the same one I got in the 1970s) hangs in my hallway. 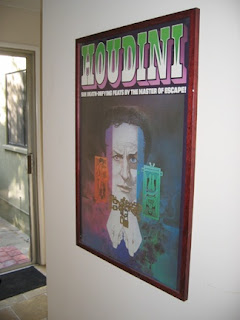