Houdini and the strange

Houdini’s name surfaces in the news quite often. Typically it’s too minor a mention to warrant a full story, but lately there has been a wave of news just strange enough to note. Maybe we’ll even make this an occasional feature. Here’s your first sampling of “Houdini and the strange.” 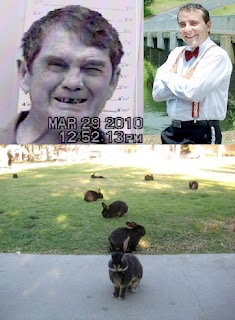