HOUDINI ART AND MAGIC, the first major art museum exhibition to examine Houdini’s life, legend, and enduring cultural influence, opens today at The Jewish Museum in New York City. Through 163 objects, exhibition visitors will be able to explore the career and legacy of the celebrated entertainer while considering his lasting impact on contemporary art and culture.

Magic apparatus – rarely exhibited together – handcuffs, shackles, straitjacket, a milk can and a packing trunk are showcased in the context of their original presentation. A recreation of the famous Water Torture Cell (much of the original was destroyed in a fire in 1995) is also on view. Two of Houdini’s private diaries, never before shown in a public exhibition, are on display.

Also included are 26 recent works of art in a variety of media by such artists as Matthew Barney, Jane Hammond, Vik Muniz, and Raymond Pettibon; historic photographs; dramatic Art Nouveau-era posters and broadsides; theater ephemera; and archival and silent films that illuminate Houdini’s role as a world-famous celebrity who commanded a mass audience in the late 19th and early 20th centuries. 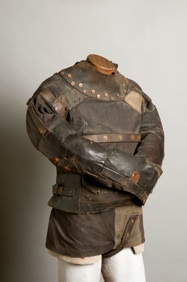 The exhibition is drawn from private and public collections, including The Museum of Modern Art, New York; the Museum of the City of New York; the Library of Congress, Washington, D.C.; the Harvard Theatre Collection, Cambridge, Massachusetts; The New York Public Library; The History Museum at the Castle, Appleton, Wisconsin; The National Portrait Gallery, Smithsonian Institution, Washington, D.C.; the Whitney Museum of American Art, New York; the Harry Ransom Humanities Center, University of Texas at Austin; and Tate, London. 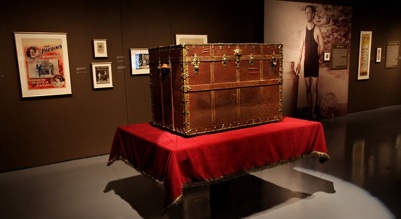 can be purchased at Amazon.com