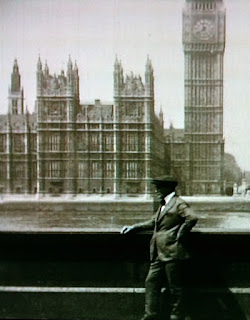 A new book, Houdini: The British Tours, will be published by Driftwood Coast Publishing in September. As the title suggests, the book will focus on Houdini's exploits "across the pond."

Author Derek Tait says, "I've always been interested in Houdini and realised that there seems to be no book that deals with just his British tours alone and I think that it would be of great interest to many people. I hope to include as much as I can about Houdini's tours of Britain. So far, I've managed to gather together many newspaper stories from the the period, they all make very interesting reading. It's almost like being there sometimes!"

There's no cover art yet, but Houdini: The British Tours can be pre-ordered now on Amazon.co.uk.

This is the kind of specialty book I love!
Written by John Cox at 9:25 AM