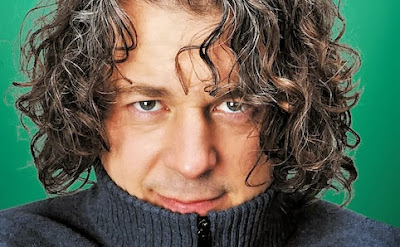 UK comedian and personality Alan Davies will go in search of Houdini as part of ITV's Perspectives documentary series in Spring 2014. Here's a description from the ITV website:

Having had a huge fascination with the world of magic since he was four-years-old, Alan Davies explores the extraordinary life of illusionist and stunt performer, Harry Houdini, the man who against the odds became one of the most successful entertainers in the world.

In a bid to understand why Houdini felt compelled to perform such terrifying death defying acts, Alan tries to hold his breath under ice cold water, lies on a bed of nails, gets strung upside down in a straitjacket and takes an exclusive look at David Copperfield's priceless collection of Houdini artifacts in Vegas. Directed by Louise Hooper for What Larks!


Davies recently told Native Monster, "I’m filming a documentary about Houdini for ITV. He’s someone I’ve always been interested in, so when they approached me asking if I wanted to present a show about him - I jumped at the chance!"

Perspectives airs on ITV in the UK. Hopefully there will be a way for those of us in the U.S. to see this documentary as well.
Written by John Cox at 9:15 AM