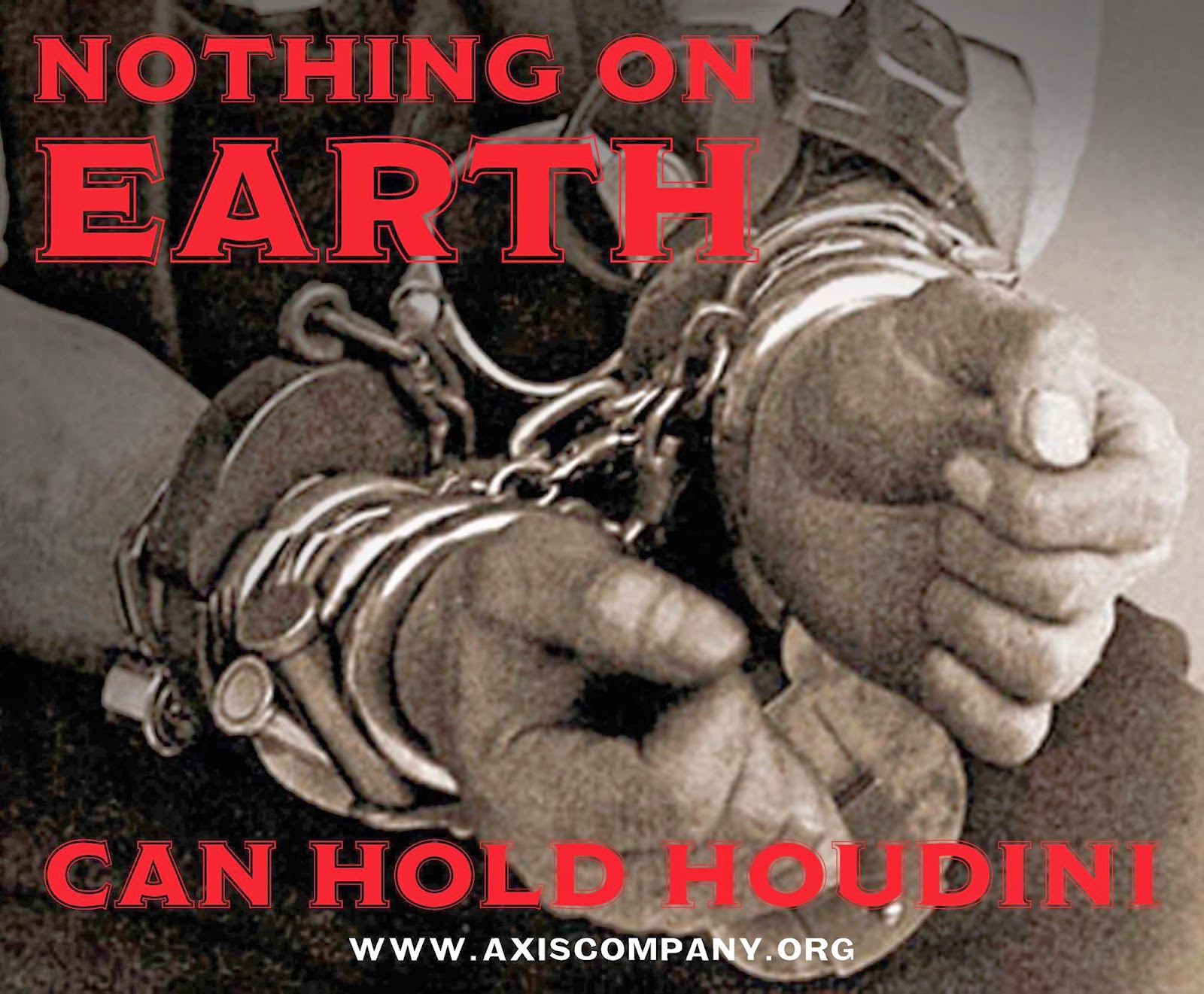 If you are planning to see the new play Nothing on Earth (Can Hold Houdini) in New York and have not yet bought your tickets, you're in luck! The good folks at the Axis Theatre Company are offering readers of WILD ABOUT HARRY a generous discount of 50% off regular priced tickets -- a $20 savings -- for the first 2 weeks (8 performances), February 27-March 8.

All you need to do is enter the promo code HOUDINIWILD when you buy tickets online HERE.

Written and directed by Randall Sharp, Nothing on Earth (Can Hold Houdini) examines Houdini's driven crusade to expose fraudulent mediums and his crossing paths with the avid spiritualist Sir Arthur Conan Doyle. Both men are catapulted to the center of The Scientific American Magazine contest to find the first-ever provable clairvoyant, a battle that destroyed their friendship and left Houdini to continue his search for a true psychic to contact his mother. He was not successful.

Axis Company has worked closely with William Kalush, Executive Director of the Conjuring Arts Research Center, Houdini scholar, and author of The Secret Life of Houdini, to re-create some of Houdini's most famous illusions and bring the audience on a journey to the strangest part of his life story.


Nothing on Earth (Can Hold Houdini) opens February 27 and will play through April 5, 2014 at the Axis Theatre Company, One Sheridan Square, New York, NY 10014. March 1st is already sold out, so don't delay. Seating is limited.

Again, save 50% with the promo code HOUDINIWILD good for the first 8 performances, February 27-March 8.

Thanks to Axis Theatre Company for giving readers of WILD ABOUT HARRY this great discount.
Written by John Cox at 7:11 AM

Email ThisBlogThis!Share to TwitterShare to FacebookShare to Pinterest
Tags: Conan Doyle, Nothing on Earth (2014), Plays, Spiritualism