The Modern Monarchs of Mystery

Houdini embarked on his professional magic career at age 17 when he quit his job as a tie-cutter at H. Richter's Sons. Far from being a sweatshop as portrayed some in Hollywood biopics, Richter's was a good job for a young man at the time. Harry was even a member of the Neckwear Makers union (he would continue to keep up his dues into adulthood). But a life in show business beckoned, and Harry left Richter's with a letter of recommendation in his pocket on April 3, 1891.

At first, Harry teamed with his friend and fellow Richter's co-worker, Jacob Hyman, who is credited with coming up with the name Houdini. They called their act, The Brothers Houdini. While Harry was permanent fixture, the "brother" would change depending on availability. Sometimes it was Jacob and sometimes it was Jacob's younger brother, Joe. Eventually Harry brought in his real brother, Theo (Hardeen), and "The Modern Monarchs of Mystery" became a genuine brother act.

There is precious little material available on The Brothers Houdini. The act would only exist until 1894 when Houdini met and married Wilhelmina Beatrice Rahner and the act became The Houdinis. But here are some rarities and even a few reviews of this earliest incarnation of Houdini's professional life. 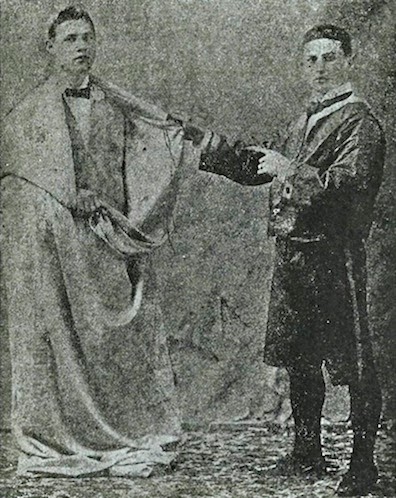 The New York Clipper, July 8, 1893 - "Miner's Bowery Theatre"
The Brothers Houdini closed the show with on exhibition of magic concluding with "Metamorphosis," a clever box trick. The substation is executed very quickly and neatly.

Toledo Blade, August 22, 1893 - "Dazzling the Populace"
In the Curio hall the brothers Houdini and F.D. King entertained the visitors. The former did many difficult feats of high class magic and prestidigitation. Their startling illusion "Metamorphosis" was a revelation to the people who thought they had seen clever work before.

Buffalo Courier, September 12, 1893 - "At the Musee Theater"
The attractions at the Curio Hall are good, the Brothers Houdini being the principals in illusions and lightning changes of the Kellar order.


Below is an extraordinary shot of Theo as a "Brother Houdini" from Houdini His Legend and His Magic by Doug Henning. What I love about this photo is it shows the original Metamorphosis trunk and cabinet. Also notice the "Brothers Houdini" flyer on the front of the trunk. This was probably Houdini's first ever piece of advertising. How priceless would that sheet of paper be today? 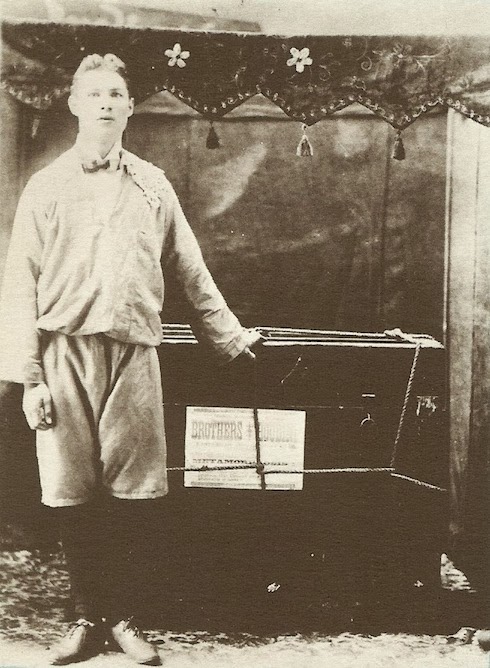 Just for fun, here are actors Johnathon Schaech and Mark Ruffalo as The Houdini Bros. [sic] in the 1998 TNT movie, Houdini. This was the first Houdini biopic to show the brother act, although I expect we will see it again this summer in HISTORY's Houdini miniseries. 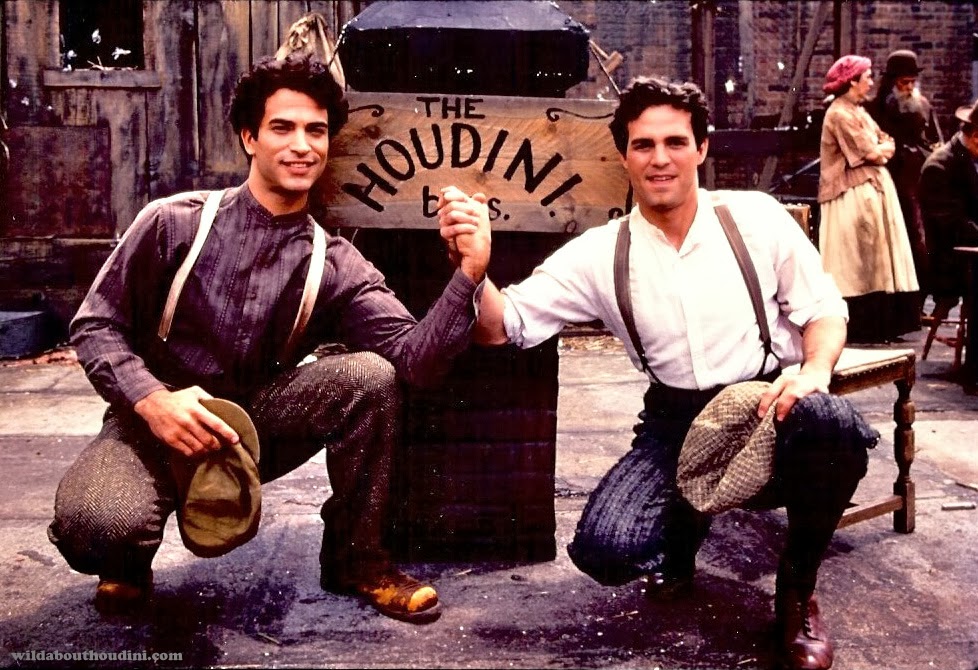 Thanks to Patrick Culliton for The Bros. Houdini advert and reviews. Photo of the young Harry and Theo from The Life and History of Hardeen.