The Man From Beyond color lobby card lands $1,225 on eBay 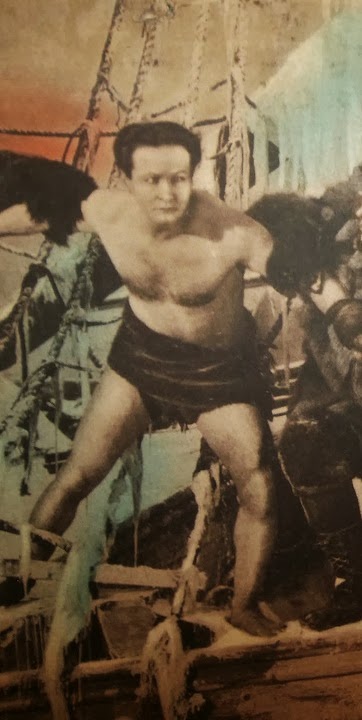 An original color tinted lobby card from The Man From Beyond sold on eBay Sunday for a healthy $1,225. The auction received 21 bids. The card has serious condition issues, but that didn't seem to discourage buyers. In fact, I'm wondering if this could be a record price for an unsigned Houdini movie lobby card?

While lobby cards from Houdini's other films appear from time to time, cards from The Man From Beyond are exceedingly rare. I've only ever seen one title card with color tinting such as this, and that was a reproduction, not an original.

According to the seller, the card was found last summer among an assortment of silent film lobby cards in a box from an estate auction.

Congrats to the winner of this rarity. 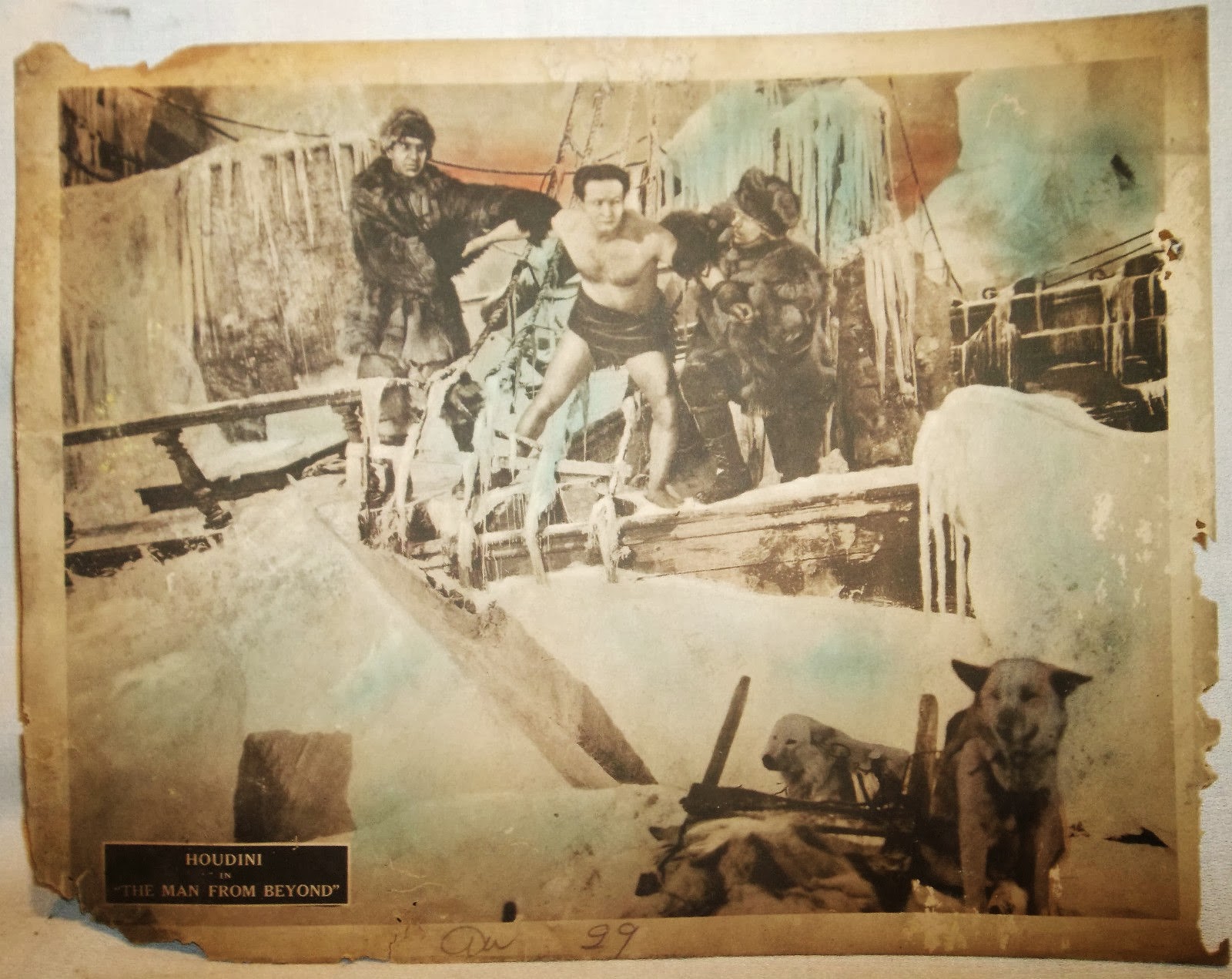 Click here to read about "Houdini's rough ride" filming of The Man From Beyond at Niagara Falls.
Written by John Cox at 8:32 AM

Email ThisBlogThis!Share to TwitterShare to FacebookShare to Pinterest
Tags: Auction, Color, The Man From Beyond (1922)