William V. Rauscher's new book about Houdini's brother, Hardeen: Monarch of Manacles, is now available from David Haversat's 1878 Press Co. The hardcover runs 150 pages and is the first book ever devoted to Dash. 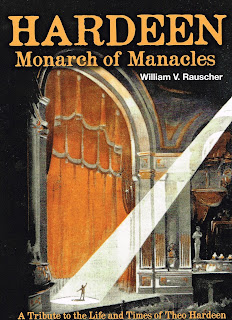 This book is a tribute to one of the world's greatest escape artists. He traveled the world defying police authorities to shackle his body in handcuffs and leg irons, or to lock him in the darkest jail cells, all of which could not hold him. He nightly escaped from a giant padlocked and water-filled milk can. During the day he freed himself from an ironbound wooden crate as it sank to the bottom of murky rivers and swift oceans. Metal "Crazy Cribs" used on the murderously insane could not hold him. The inescapable steel "Tramp Chair" was child's play to "The Monarch of Manacles."

Beyond escapes he performed on vaudeville stages, appeared in movies, was a Broadway star and experts considered him a wonderful magician. In fact, he was a much better magician than his brother, and well-liked and admired by the conjuring community.

Now, for the first time, best-selling author, magic historian, and magician William V. Rauscher brings you the revealing story of this wonderful entertainer who, for the first time, justifiably steps out from the shadow of his brother to take his rightful place in the pantheon of prestidigitators. Meet Theodore Hardeen-the sensation of two hemispheres-brother of Houdini!! 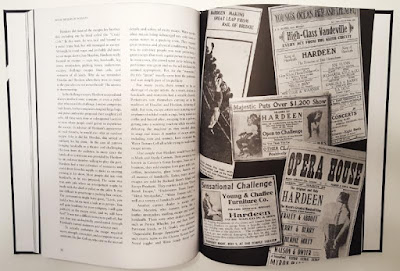