Fellow "Houdini Nut" Stacey Zimmerman was recently in Niagara Falls, Canada, where he took this photo of the former site of the Houdini Magical Hall of Fame atop Clifton Hill. Today it is Ripley's Moving Theater 4D. 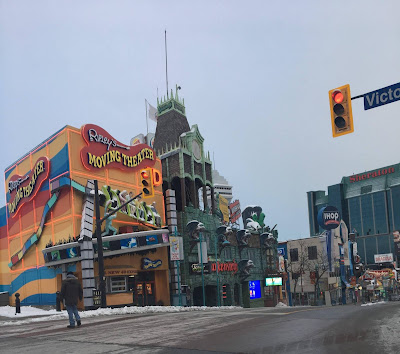 The Houdini Magical Hall of Fame first opened in June 1968 at 1019 Centre Street. Four years later it moved to this location at 4983 Clifton Hill, where it remained until a suspicious fire on the night of April 30, 1995 destroyed the original Water Torture Cell and closed the museum for good. Below is a photo I took during my one and only visit in 1990. 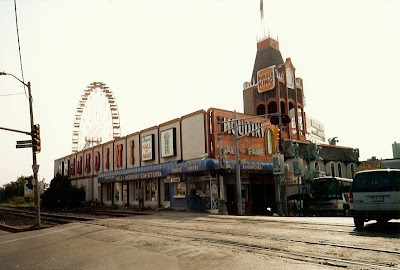