The Girl Who Handcuffed Houdini #2 released

Minky Woodcock: The Girl Who Handcuffed Houdini #2 by Cynthia von Buhler has been released by Hard Case Crime and Titan Books. At least I think it has. The second issue in this adult four part series comes in two variant covers, as you can see below. 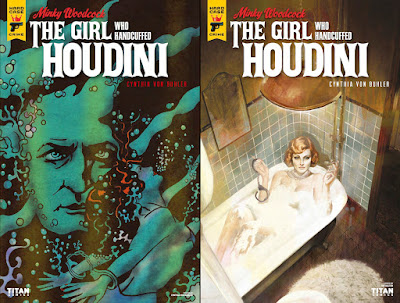 
You can buy issues at comic book stores or online at Midtown Comics. For more on the series visit minkywoodcock.com. Also check out Bleeding Cool for a collection of photos from a recent launch party.

A collected edition of all four issues will be released in June and can be pre-ordered at Amazon.com.