New development to rise on site of Statler Hotel 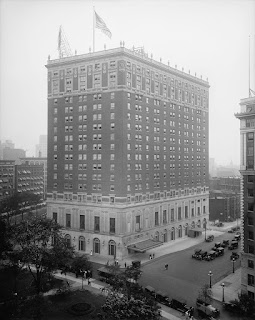 The Detroit Free Press reports that a new multi-use development will rise on the site of the former Statler Hotel. The Statler was where Houdini stayed during his final performance in Detroit on October 24, 1926. It was from the Statler that he was taken to Grace Hospital at 3AM at the urging of doctors, including the hotel doctor, Dr. Daniel Cohn.

The 800-room Statler Hotel was built in 1915 and was among the largest and most luxurious places to stay in Detroit. In the 1950s it was sold to Hilton and renamed the Detroit Hilton Hotel. It was demolished in 2005.

The developer plans to hold a ceremonial groundbreaking Thursday for the new apartment and retail complex to be called City Club Apartments CBD Detroit. 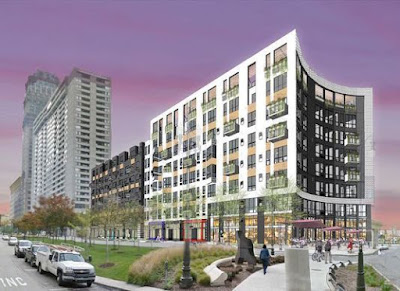 Email ThisBlogThis!Share to TwitterShare to FacebookShare to Pinterest
Tags: Death, Detroit, Then and Now