Welcome to another year of WILD ABOUT HARRY. Let's kick off 2018 with a look back at what Houdini himself was up to 100 years ago. 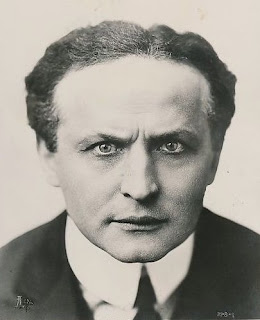 Houdini began 1918 in a big way. Tasked by the manager of the Hippodrome Theatre in New York to create something spectacular for his Cheer Up! revue, Houdini made his debut appearance on-stage trailed by five ton elephant named Jennie. But the elephant wasn't around for long. Before an audience of 5,200, Houdini made Jennie disappear!

It was a big start to what would be a transformational year in the life of Harry Houdini. Almost everything he did was a first; from new magic, to his first movie, to what may have been his first affair. By the end of the year, he had even transformed his appearance.

But you will still be able to enjoy the story of Houdini in 1918 with the publication of my upcoming book.