QA Specialist and Houdini buff Matt Hilgers has written article for Tessitura Network about Houdini, QA, and You. It's well worth the read. I especially like how he talks about exploring the Houdini collection at the Library of Congress. He also shares the below image from an LOC scrapbook that is pretty wild. 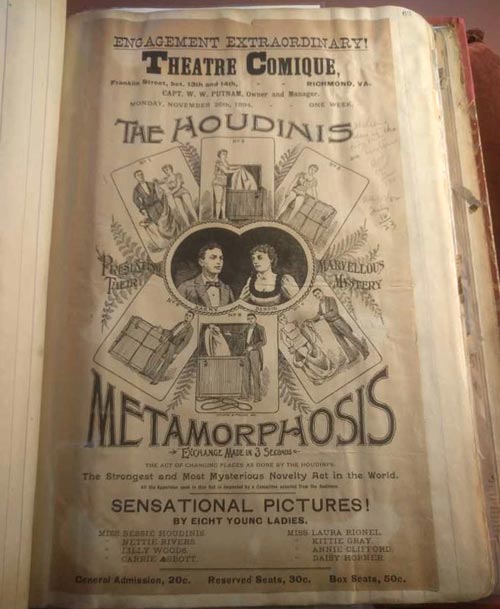 This poster for The Houdinis at the Theatre Comique in Richmond, Virginia, during the week of November 26, 1894, is one of their earliest known engagements. My current chronology only lists one earlier engagement at Barton's Theatre in Newport, Virginia, in October.

This goes a long way in confirming that this particular image was The Houdinis very first piece of pictorial advertising; their first poster. And because I don't know of any surviving "Brothers Houdini" material, I'm thinking this may be the earliest surviving Houdini poster still in existence.

Thanks to Matt Hilgers.