Magic Castle Houdini Seance is coming back to life 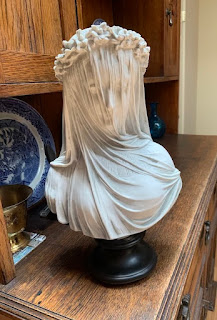 Last Tuesday I had the great pleasure of recording a short "radio ad" for Houdini at the Garrick Theater to be used at part of the Magic Castle's new Houdini Seance. (If I was actor enough to make the final cut, that is.)

As you'll recall, the original and long running Houdini Seance was retired last year so it could be retooled under the guidance of Academy of Magical Arts President, Jim Steinmeyer. Jim kindly invited me to make this little audio cameo. He also gave me a preview of the new seance.

The seance will remain centered on Houdini (even more so than the original) and Jim is taking pains to make sure all the history is correct. The original seance was always fun--if a little hokey. This new seance--which also sees a completely refurbished Houdini Seance Chamber--is going to be a high end experience for guests from start to finish. I'm not going to spill the details here, but know that it's going to be a vastly expanded evening with some pretty good scares. I can't wait!

I don't yet know the date of the new seance launch, but it's coming together quickly. Stay tuned.

Below is a pic of me recording my segment with Benjamin Schrader, who is working with Jim on the production. Ben recently played Houdini in a revival of Ragtime at the Pasadena Playhouse. 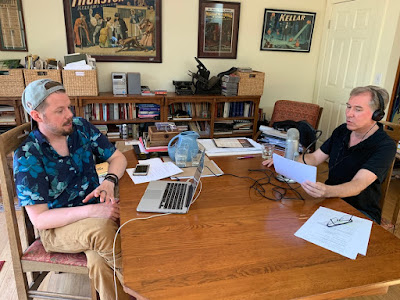