Staged reading of Houdini The Musical in Orlando

A staged reading of a new Houdini musical will be held at The Abbey (aka The MEZZ) in Orlando, Florida on Tuesday, September 17 at 8pm. Admission is free. 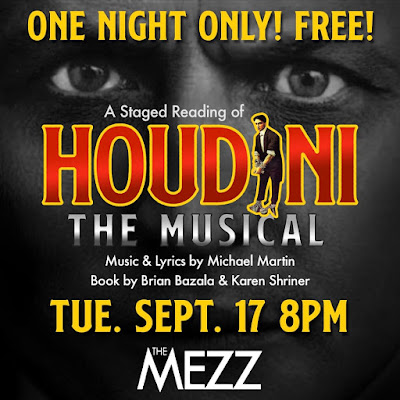 As part pf the New Musical Discovery Series, Florida Theatrical Association presents HOUDINI: THE MUSICAL, a musical storytelling of the life and career rise of the famed magician Harry Houdini.


This is not to be confused with the recently announced Houdini musical The Impossible Man, nor Tom Frueh's musical to be performed in New York next month. Harry's gotta sing!

For more details visit The Abbey.