LINK: In search of the lost plane to plane transfer from Houdini (1953)

Our friend Joe Notaro of Harry Houdini Circumstantial Evidence is branching out from his singular focus on The Grim Game and today has a terrific investigation into the missing plane transfer footage from the classic 1953 movie, Houdini.

Joe has done some digging in the Margaret Herrick Academy Library and has uncovered new details about the cut scene, including that it was shot on October 31, 1952 (Halloween - nice). It's also interesting to note that the scene was shot in black and white. 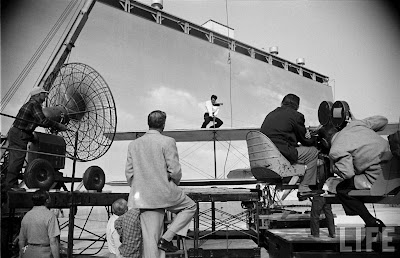 This is great stuff, so click on the headline to read about Houdini's lost plane transfer at Harry Houdini Circumstantial Evidence.
Written by John Cox at 9:03 AM