Welcome to a WILD new year 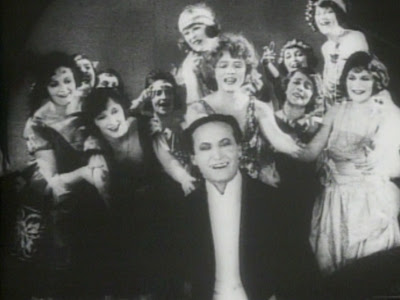 Happy New Year and welcome to another year of WILD ABOUT HARRY! 2013 promises to be another big year for our favorite Master Mystifier. I've already chambered a few new posts to kick off the new year: "Houdini and Hilliar" (tomorrow), "Houdini's underwater epic that wasn't", "Miss Undina in color", "The secrets of The Secrets of Houdini" and "What if Houdini didn't die in 1926?". At some point this year I'll also bring you the story of Harry's Back!, an unmade sequel (of sorts) to the 1953 film Houdini.

Of course, 2013 may be the year we get a major new Houdini Musical starring Hugh Jackman. If that hits Broadway in late Fall as projected, it will truly make this the Year of Houdini. It's also possible we'll see one of the many Houdini film or TV projects finally get off the ground, and there's that major new book about Houdini and Margery (although I'm starting to get suspicious about this much delayed title).

I'm also toying with the idea of releasing a WILD ABOUT HARRY: BEST OF BLOG book -- a collection of the 200 or so best blog posts in a printed book book format. (I'd love feedback on this idea, or any advice on how to best go about self-publishing, etc.)

And as always, I will keep you up-to-date with the latest book and DVD releases and all the Houdini news from around the world.

So let's raise the curtain on 2013 and get the show started!