EW.com is reporting an "exclusive" that The History Channel is developing a Houdini miniseries with Adrien Brody attached to star. Here's the full report: 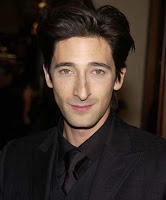 And for History’s next miniseries trick…

The network is developing a multi-hour project on the life of Harry Houdini with Adrien Brody attached to star.

The deal just closed and details are scarce. We can tell you that History is developing a miniseries project (working title: Houdini) that traces the arc of the turn-of-the-20th-century master magician’s life from desperate poverty to worldwide fame.

Veteran TV producer (and J.J. Abrams’ father) Gerald W. Abrams (Modern Marvels, 44 Minutes: The North Hollywood Shoot-Out) is attached as an executive producer. Brody (King Kong, The Pianist) is attached to star in what would be a rare venture into television for the Academy Award-winning actor.

The development comes on the heels of History enjoying enormous success for two miniseries projects over the past year – The Bible and Hatfields & McCoys.


Sounds like a genuine biopic, which instantly makes me more interested in this project than any of the dozen fictional Houdini projects currently in development around town. Interestingly, Adrien Brody already had a brush with Houdini in the 1999 film, Oxygen, in which he played a serial killer who calls himself "Harry Houdini" and leaves clues on Houdini's grave.

Obviously, this is one we will watch closely.


UPDATE: History has a script for their Houdini miniseries
Written by John Cox at 2:36 PM