Our friend David Byron has posted an article online that he originally wrote for the The Mandala in 2012 called, Houdini Now and Then: Caught on the Web. David looks at how the web is changing the landscape for Houdini fans, and generously mentions me alongside Dean Carnegie and Kevin Connolly as being "game changers." Says David:

"I wrote this article for a trade magazine read only by magicians. Since interest in Houdini continues to swell in the media (with multiple major projects coming to fruition later this year), and since his 140th birthday is less than a fortnight away, I thought I'd recycle the article for a broader audience. Enjoy!"


David has posted the article on his own blog, Baroque Potion, and also on the popular Popehat.com (where it's garnered some nice comments).  So if you missed it in The Mandala, have a read online! 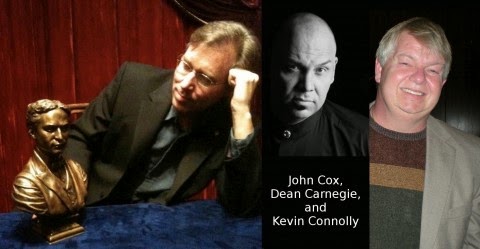