Houdini's World War I draft registration card, which he made out in the name of Harry Handcuff Houdini, is displayed along with the drafts cards of Babe Ruth, Al Capone, Duke Ellington, Robert Frost, Marcus Garvey, and Norman Rockwell as part of a new exhibition called "Making Their Mark: Stories Through Signatures" opening today at the National Archives in Washington D.C. 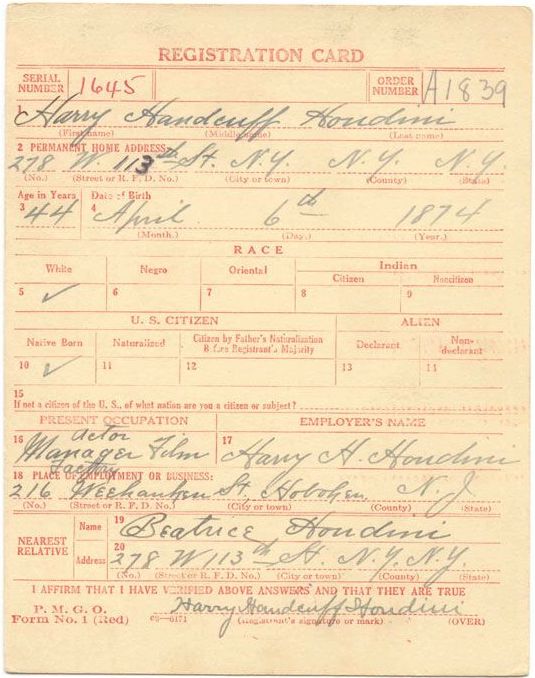 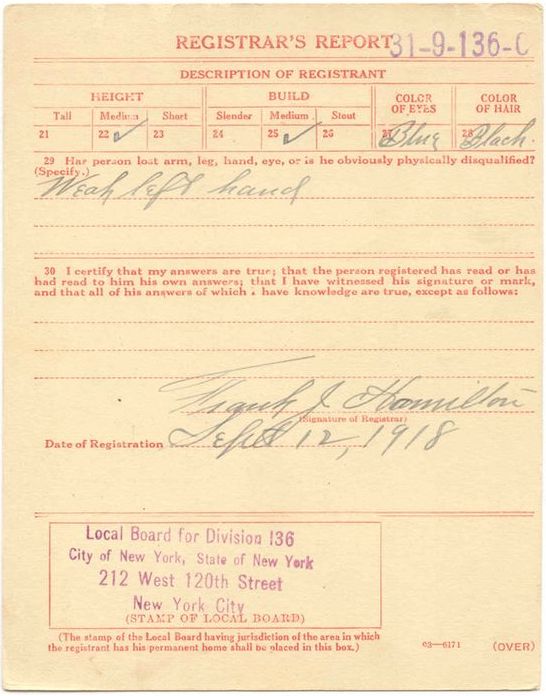 Houdini registered for the draft on Sept.12, 1918 and listed his profession as "Actor - Manager Film Factory" (at the time he was operating his Film Developing Corporation). At age 44, he was too old to serve, but Houdini worked tirelessly during the war performing at benefits and selling over $1 million in War Bonds. He also gave U.S. soldiers lessons in how to escape from German handcuffs, and handed out $5 gold pieces to soldiers that he produced during his Money from Nothing routine (by the war's end he had given out over $7000).

"Making Their Mark: Stories Through Signatures" will be on display through January 5, 2015, and is free and open to the public. The National Archives is located on the National Mall on Constitution Avenue at 9th Street, NW. Hours are 10 a.m. to 5:30 p.m. daily, except Thanksgiving and December 25.